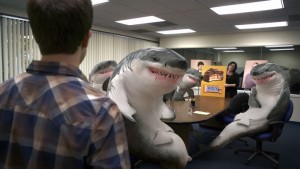 Here is a surprising insight from those who study the psychology of decision making.  Radiolab* reports that Professor Tim Wilson of UVA did the following experiment as part of his research on choice:

Students were given the opportunity to take a free poster home:  Either the well-known Cat Clinging to a Bar poster, or a poster of an impressionist painting. Half of the students could simply take the poster and half of them were also asked to write a brief description of why they chose the poster. Six months later, they were asked if they still liked their chosen poster.

The ones who did not have to explain their choice:

But the ones who had to explain their choice:

Among the conclusions of the overall research:  Having to explain their choice biases people in favor of the less sophisticated option.

Why does this happen??  Decisions require the brain to synthesize a broad range of considerations, some logical and some purely emotional. When forced to give a rational explanation of their choices people often choose the thing that is easier for them to explain. But, since that is not aligned with all their real needs and wants, they are not happy with their decision later.

The Implication for Your Business

A lot of market research is steering companies in the wrong direction. People can describe the familiar. They are likely to be clear and enthusiastic about what they currently understand and like. They often cannot even imagine an innovative product. They may seem negative as they naturally give a more ambiguous response to a new or nuanced idea. So you can get tons of customer input and still end up with an unsuccessful product.

To design and deliver the right product, i.e., the product that your customers really want and which they will speak about with pride in the future, don’t ask them about their selection criteria. Do ask customers questions or, better yet, do observation of them that reveal their real decision factors. And get at how they feel, not just what they need.  For example:

If you would like help with understanding what kind of customer input will best guide your strategy or product plans, contact me.